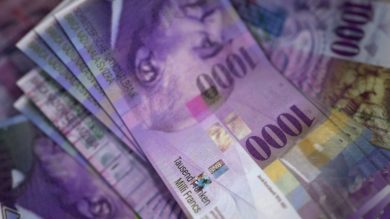 Switzerland is considered the heaven on Earth. In addition to this, Switzerland is also referred to as the “Tax Haven”. Switzerland remains at the top of the world in being referred to as the ultimate tax haven to the taxpayers. The main reason for this is the low taxation imposed on the foreign organizations and individuals. Switzerland offers several benefits to the wealthy people of the world to keep their extra money and stocks in the country. As per a research, it has been stated that around 2.5 trillion US dollars of wealth are held within the borders of Switzerland.

It is in contrast to the general opinion that Switzerland does not permit the foreign organizations and individuals to live and operate in banking within the border in a tax-free manner. The wealthy individuals, however, can pay a lesser amount of lump-sum money they would like to bank within the country and this amount is considered by the government as the tax paid. To get the matters simplified, the government of Switzerland calculates the amount of tax owed by the foreigners just five times the monthly rent paid by them.

With our service, you can also benefit from the Swiss tax haven. Contact us today

Switzerland also taxes households other than the individuals and as a result, this simplifies or lowers the taxation limits for the wealthy couples. For those who are wealthy, the lowered level of taxation in Switzerland is one of the major benefits offered by living in the country. However, it is important to be aware of the fact that these benefits of taxation are not permissible to those individuals who relocated to the country for employment purpose.

There are several reasons for the foreign organizations and companies to set up their offices in Switzerland. As many as 30 percent of Fortune 500 organizations or companies has their headquarters and offices in Switzerland. The national government of Switzerland offers major tax breaks or allowances to the foreign companies that hold as much as 20 percent of the other corporations. In general, the government of Switzerland allows for the reduction in the amount of taxes that a corporation or organization owes on profit which is based or calculated on the number of shares owned by the company.

The financial institutions of Switzerland have their history deep rooted in the secrets of the affluent organizations and individuals from across the corners of the world. Switzerland is a signatory body to the FACTA (Foreign Account Tax Compliance Act) which has obligations to the Swiss banks to leak information about the account holders of the United States or the face penalties. The country has also signed an agreement with the European Union which ended the privacy for the EU-Swiss bank account holders in an effective manner. However, Switzerland still remains in a great position on the Financial Secrecy Index through which it had ranked 73 in the year 2015.

In totality, tax haven of Switzerland offers great privacy to the clients including the organizations and individuals and helps them in keeping their assets in the tax haven in a secure manner from the creditors.

Contact us today to learn more about the facilities and services we offer.