There are many reasons that cause a company to be abandoned, but in any case, there is still a lot of duty involved in a business task and subsequent liquidation. Legal requirements and deadlines must be adhered to, documents must be securely deposited for many years and the tax administration also wants to be involved in the business task. Fortunately, there is also an alternative to liquidation, which is associated with less effort and costs.

Until such time as a company can be deleted from the commercial register, it requires a longer preparation and some organizational work. The basis is always the decision of the General Assembly. How many of the shareholders have to vote for the dissolution is usually specified in the statutes. So a simple or qualified majority may be required. The decision is taken under the supervision of a notary who must issue a public deed on it. 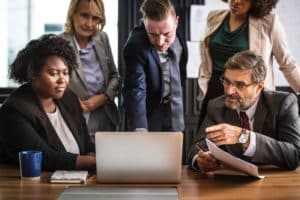 The General Assembly decides the dissolution of the Corporation

Important steps in the dissolution

Among other things, the liquidator has the task of contacting the Swiss Official Gazette of Commerce SOGC in order to publicly announce three debt calls. This can take place on three consecutive days, but also with a time interval of the individual calls. The notice is intended to inform the creditors of the dissolution of the company. You then have the opportunity to assert your claims within one year. If you, too, belong to the creditors of a company, the Schweizerische Handelsblatt should be a must-read for you to get even from difficult debtors their money.

The liquidation of the Corporation

With the recovery begins the actual business task. It can take several years. The liquidator has the task to set up an inventory of the complete assets and a balance sheet. He also has to close the day-to-day business, fulfill the company’s obligations and realize the assets. If the assets are lower than the debt, he must inform the judge. The judge then announces the bankruptcy of the company.

A much cheaper and faster alternative to liquidation is the sale of the company as a shell corporation Switzerland. Be smart and save money, time and nerves and sell us your stock corporation (AG)

In most cases, the money in a public company, which is to be dissolved, already a real scarce commodity. Nevertheless, a liquidation is still associated with additional costs. Similar to the founding, for example, the deletion or dissolution of the company must be made public. For this purpose, a notary or a trustee must be turned on. Both do not work without pay. On average, the cost of liquidating a public company amounts to 4000 Swiss francs. A big role for a company in financial difficulties can also be the time. The longer it takes to liquidate the stock corporation, the more expensive this whole process becomes. Fortunately for some companies, there is another way of selling that we show you as follows. 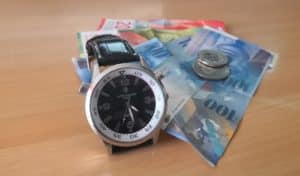 The shell company sale as a good alternative

The liquidation can be a lengthy affair, which in any case involves relatively high costs. It is therefore better in many cases to sell the corporation as a shell company. This process is simple and brings the company a profit. For this variant you can get an offer from us. We will review your company and make you an irresistible quote.

The sale as a shell company has great advantages for both sides. It helps get rid of the corporation faster and even makes you money. Instead of investing a lot of money and time, this is really a clever alternative to liquidation. We at Adauctus GmbH have specialized in buying and selling shell companies. While you, as a seller, can get rid of an unprofitable company faster and more cheaply, the new buyer gets a company that has been known on the market for some time and benefits from the fact that the company is already listed in many places and has a history.

Another big advantage is the history and the associated creditworthiness of the company, since the company has existed for many years, the negotiation with banks and suppliers is a lot easier. Not infrequently, long-standing companies also have the advantage that the name is known and well-received by the customers. This makes trading the shell company worthwhile for both sides! -> Request an offer for your Corporation today!